The Final Chapter in Learning the Beautiful Art of Embroidery Digitizing

Important: If you’re here, you’ve likely already completed Levels 1 & 2 of the Digitizer’s Dream Course & seen first hand why our superior education has helped over 10,000 students learn how to digitize. If you haven’t, I highly recommend that you begin there as they are prerequisites for Level 3. The theory covered in those levels is crucial.

This level will continue where Level 2 left off & focuses on the attributes of the 3rd and final primary stitch type in machine embroidery: the fill stitch.
Whether you want to be able to truthfully tell your family & friends “I made it from scratch”, make some extra money with embroidery, or simply better your embroidery self, the ‘Digitizer’s Dream Course’ is perfect for you! The name of our site says it all: ‘Digitizing Made Easy’.

The Digitizing Dream Course is Directly Taught in 10 of Industry’s Leading Software Brands:

This level will cover the rules and theory behind properly creating a fill stitch. Because fill stitches are mainly used to cover large areas, the principles of underlay, stitch direction, density, and especially stitch length play a big part in creating soft smooth-running designs. Level 3 of the Digitizer’s Dream Course includes:

What Exactly Does this Level Cover?

Here’s what our satisfied students have to say… 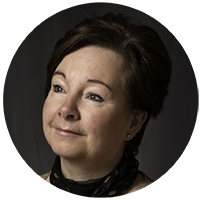 The digitizing course from Digitizing Made Easy is the best around, without question. Start at the beginning & work your way through. It will be money well spent. I quickly grasped the software & learnt so much more, to the extent that I was able to start up my own small business.“ 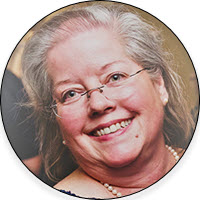 I am brand new to digitizing and recently purchased the interactive lessons. One of the first lessons was teaching digitizing of a floral heart – I was able to bring in the artwork, digitize the design and stitch it out on a kitchen towel! It stitched flawlessly! I am so impressed that within the first few lessons I was able to get something stitched!“ 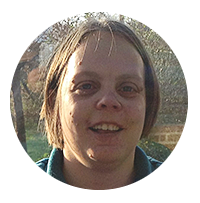 I bought the course from John & everything is explained so clearly. I learned so much. I’m starting to make my first few designs for paying customers while saving up for a bigger embroidery machine.Just start it people, you don’t know how fun it is until you give digitizing a try! You can do it!“ 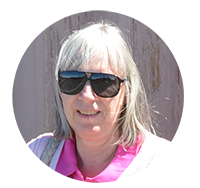 The lessons are very informative, I would highly recommend John’s digitizing course to anyone who wants to learn to digitize. My designs have improved considerably… finally everything has come together. John teaches you the way he was taught many years ago before the age of computers & brings it into the computer age. So why wouldn’t you want to learn from the Master?“

About This Course’s Instructor 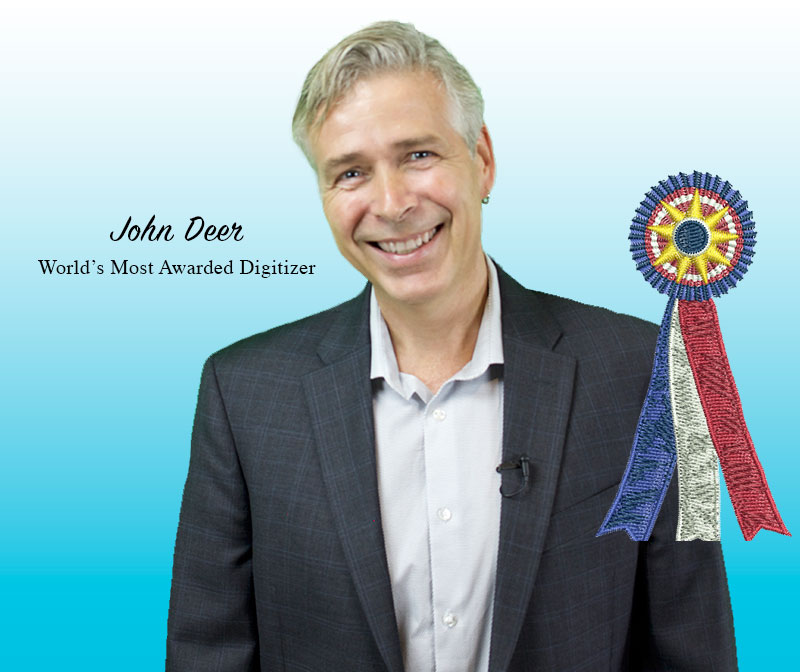 John Deer has been the most awarded embroidery digitizer in the world for over 20 years now. As a 4th generation embroiderer, John has an incredibly unique history in the embroidery digitizing industry as he is the last remaining Schiffli Master Digitizer still alive & teaching in North America. John learned and apprenticed under Swiss Schiffli Master Digitizers (then known as “punchers”) over 30 years ago in his grandparent’s factory, before computers even entered the digitizing world.

In the 1990’s-2000s John owned & ran one of North America’s largest commercial digitizing house, where he did the digitizing for many large corporations including: Disney, Coca-Cola, GM, the NFL, & the NBA. John has personally won 30 separate digitizing awards in the commercial industry and wrote the book on digitizing called “Digitizing Made Easy” which has sold over 44,300 copies & is used in Universities across the United States to teach those studying textile.

Improve EVERY Aspect of Your Machine Embroidery

Without understanding HOW an embroidery design is created, you won’t understand WHY your embroidery machine does what it does. The fundamentals taught in this course such as the stitch types being used, density, push / pull compensation & underlay are key towards the success of stitching ANY embroidery project.

You already know the Digitizer’s Dream Course. Finish the final step in learning the beautiful art of digitizing today.